In years past those that were hired to perform security duties were referred to as Watchmen or Security Guards. For the most part they were nothing more than an employee or contracted service that observed and reported. In many cases they earned minimum wage and had very little training if any. The equipment they used was mainly a

flashlight and keys, and finding an armed security officer was rare. However, our world is changing fast and the fact of the matter is that the security services sector has probably not kept pace with the security risks and vulnerabilities. 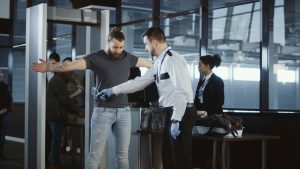 Whether you realize it or not, these types of incidents are increasing in numbers and frequency, and management needs to understand the risks and mitigate them.

Every business that has security officers has to ensure that they are well trained and that their skills and competency has been properly evaluated. In other words, you can provide training to security officers, but if you have not properly evaluated their competency at the conclusion of the training you will have no means in which to ascertain if they understood what they were taught.

The training of security officers can increase your liability exposure if not done correctly. By that we are referring to the type of training, course curriculum, trainer’s qualifications, and training records. The training needs to be relevant to their job duties, and should be based on industry accepted practices. The instructor’s qualifications are also important, and their background and competency is critical to your operations. In other words, if you have a security supervisor or officer train others and that person has never been certified as a trainer, it may likely increase your liability exposure in the event of a lawsuit.

When it comes to hiring and maintaining competent security officers it often comes down to the old adage you get what you pay for. In other words, if you pay low wages you are going to attract a certain type of employee. For example, if you are hiring security officers at minimum wage, or close to minimum, you may fail to attract those that have extensive experience.

Since the most experienced candidates are likely military veterans or former police officers, your chances of them applying are decreased when you are offering low wages. Over the years we have seen numerous times when police officers retire from their agency and seek employment with a security department, as they feel that their past training and experience is closely aligned with security. Yet the main reason why most retired police officers will not apply has been related to the pay scale or lack of professionalism of the security department.

Unfortunately history shows us that budgets drive many security operations, and when we are talking about contracting out security services it often comes down to the low bid getting the contract. Low bids almost always translates into low pay, which can lead to high-turnover, low morale, less training and so on. Again, you get what you pay for.

Lack of security officer training has almost always been an issue which results in less than desirable decisions made by officers, or in some cases lead to litigation for things such as negligence. If you fail to properly train security officers, you cannot predict with any level of certainty how they will respond to any situation, whether it is normal operations or a crisis response. Little or no training often results in a less than professional security staff as well.

The question of arming security officers has been discussed thousands of times and what it comes down to is that some decisions to arm officers are made based on perceptions, not necessarily facts. What that refers to is that often times the decision is made to not arm security because an organization does not want the perception that their business is unsafe. Or, maybe they elect to arm security based on fear or a past incident.

What they need to do is look at all of the facts, determine their risks whether they decide to arm their officers or not, as well as their overall security risks for criminal acts or losses. After they have evaluated all of the facts and determined their risks, they should be able to make a sound decision based on factual information and not emotions.

The question of armed security officers comes up often during security risk assessments, and what many administrators do not understand is that the decision process is not just a yes or no answer. It is like the other common question; should we install metal detectors in our business? Before you can answer questions such as these you must do your due diligence and ascertain facts on your actual security risks, vulnerabilities and real or potential threats.

The facts are becoming clear, our society has become more violent in many ways, and the risks associated with that increase need to be understood and addressed. Placing untrained or under trained security officers on post without fully comprehending the risks can often lead to poor decision making on their parts and an increase in liability.

Several of the recent deadly encounters mentioned above were police officers working as security officers for private businesses, and therefore if you employ such a service using police officers you need to understand that that comes with an entirely new set of concerns that you must fully understand and be prepared for.

It is also been found that although an employer will not allow weapons carried by their security officers, some police officers will do so regardless of their employer’s policy. In fact, in one case a police officer working as a private security officer stated, “I am a cop when I am not here, and the people in this community know it. There are people that want to harm me and if I am not armed I am at risk.” You have to understand his concerns and risks if you are his private employer and understand that his full time job brings risks to your organization. You would be wise to also consider the fact that the police officer working as your security officer may be armed, and in the above case he was.

Arming security officers may not be the answer to your security concerns or violence in the workplace. However, before you make such a decision to introduce firearms, or less-than-lethal weapons or equipment into the workplace, you have to understand all of your security risks.

As the level of violence increases so too should your level and types of training for your staff and security officers. Private security has evolved remarkably over the last several years and will continue to do so. So it should be clear that an organization must change their way of thinking when it comes to security and adjust to the times. Properly training your security staff and insuring that their training is current to industry standards and best practices is a must in today’s world. 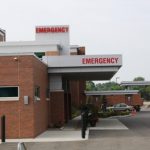