Does having metal detectors ensure that no weapons will get past the screening area? Keep in mind that we are not talking about police or security officers having weapons beyond the weapon screening stations, we are talking about weapons of any type not finding their way into protected areas. 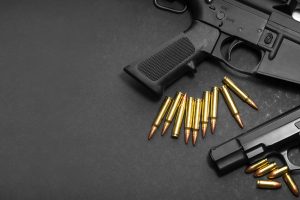 Since 9/11 the use of metal detectors has undoubtedly increased. In fact, the types of detectors have improved as well as the training given to the staff working the screening stations. So this should equate into improved safety and security in the areas that are being protected, right? The short answer is wrong. Plain and simple, it all comes down to the human factor, and if there is a will there is a way.

Case in point, in December 2014 it was reported that airport workers had been bypassing the TSA checkpoints at both New York City airports, and they were smuggling firearms, including AK-47’s, onto planes bound for Atlanta. This practice had been going on for years right under the noses of law enforcement and TSA officials and no one knew about it. So how does this happen?

Like many other facilities where metal detectors are in use, there are often those people that are exempt from being screened. At the New York airports, like just about every other airport in the country, airport ramp workers and concessionaires do not go through screening, as they have been allowed access to restricted areas of the airport as part of their jobs. Some security experts have stated that this is because they have been through an extensive background check already so there is no need to screen them each day. Really, I think the gun smuggling case in New York demonstrate just how vulnerable that practice can be.

Another example, and again at an airport, is the fact that some restaurants in the secured areas have knives available for customers to use with their meals. In one airport it was observed that regular steak knives were given to customers, granted plastic knives just don’t cut it.  However, when the guests finished their meal the knives were left unattended on the tables for more long periods of time, all within reach of anyone walking by.

In yet other examples there are hospitals, courthouses, schools and other facilities where some staff are not required to be screened. Why? Can we really be certain that they are not carrying weapons against policy?

We are often asked about installing metal detectors when we are conducting security risk assessments. However, when our clients are asked how they intend to use them we sometimes find that they have no intention of screening employees, as they feel that their threat is only with the non-employees. This can be a fatal mindset, and yet a decision like that is often driven by the organization’s security culture.

More often than not we have located weapons in areas that were designated as no weapons allowed. Many times administrators have firmly stated upfront that there are no weapons within their facility, and yet we proved them wrong.

So what is your policy on weapons and how do you enforce it and insure that no weapons are present? Have your ever assessed your facilities and your risks for unauthorized weapons? 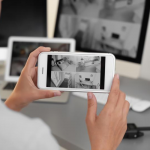 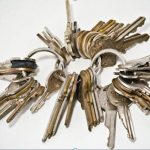