An example of this may be that the contract security service may be asked to patrol satellite campuses after hours so that the hospital’s security officers can remain at the main hospital.

In some cases it is also possible that a medical facility may only have contract security officers providing all security services. However, in this case study we are taking about both types of officers working the same facility.

Law enforcement often does this to save money; basically they will pay a contract security officer far less than a sworn peace officer to watch the patient. However, although this practice may save the law enforcement agency money and staffing resources, it may be increasing your hospital’s risks and liability.

The practice of contracting out services to guard prisoners in hospitals is probably here to stay. That being the case, how can we in healthcare security management, or risk management, ensure that the hospital’s risks and liability exposure are still properly managed?

As a result of this, the hospital’s security management checked the license status of the contracted officers; the state in which this was occurring required that all officers have a state issued “Guard Card” in their possession at all times while working. It was then discovered that several of the officers were not licensed, and it was also found that they were not licensed to carry firearms even though they were armed. A quick call from the hospital to the contracting law enforcement agency found that they were not aware of the fact that the security officers were armed and unlicensed. The medical center’s security management then advised the law enforcement agency to remove the contracted security officers immediately.

In the case mentioned above it came down to the fact that even though the medical center was not the agency that contracted the private security service, they still were within their rights to determine who was working on their property and to ensure that all laws were being followed. Imagine for a minute if the contracted security officer’s firearm was improperly used and someone was injured. Do you think that the medical center could claim they had no liability, or it was not their problem?

Keep in mind that neither the law enforcement agency nor the numerous private security contractors that they might contract with have healthcare security management experience, nor are they always required to have it.  They also may not understand accreditation standards, statutory requirements that some states have related to healthcare security, or even HIPAA. Because of that your organization may have increased risks and liability exposure if you fail to properly manage it. 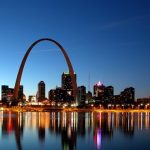 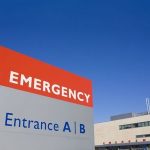