For example going through many commercial airports back in the early ‘70s you would likely not find such devices, and the same was true for schools and courthouses.  However, in today’s world we now find them in all commercial airports, all county, state, and federal courthouses, and in some schools, many government buildings, hospitals, and other types of facilities.  So it begs the questions, are you safer with security metal detectors in use?  Is the use of such devices a means to ensure that no unauthorized weapons or items get into or out of a high security facility?  Should your organization consider the installation of such equipment and will the equipment reduce your security related risks?

We have seen several times over the last several months that security metal detectors have vulnerabilities associated with them, namely the operators and the facility’s policies that not all personnel be screened before entering a secure area.  What I am generally referring to is the lapse in security at airports.

We all saw that back in December a major security breach was identified where airport workers in New York were using their security clearance as a means to smuggle loaded firearms aboard commercial airlines, in the passenger compartments, and transport those firearms to the Atlanta area.  This was a case where airport workers, those that are only screened prior to hire, were able to carry numerous firearms into secure areas of the airport bypassing the security checkpoints altogether.

This security breech demonstrated to the world that once an employee is hired they are fully trusted and have access to secure areas of the airport, including the ramp area and aircraft, and they do not need to go through security checkpoints to access those areas.

In addition to that, on June 1, 2015, all of the major news networks ran news stories regarding the fact that the Department of Homeland Security (DHS) “Red Teams” were sent to dozens of airports across the country to see if they could get weapons and simulated explosives through the airport security checkpoints.  According to the DHS, the Transportation Security Administration (TSA) screening process was tested 70 times and in 67 of the tests the “Red Team” members were successful in getting through the screening process with weapons or simulated explosive devices without being caught.  That translates into a 95% failure rate by the TSA.  One can only wonder why in our current situation with regards to the terrorism threat that this failure rate is even possible.

In both of the above examples it was not the actual equipment that failed to keep weapons out of high-security areas, more so the failure of proper training as well as the failure of the security process and operations.

Training for the operation of weapon screening checkpoints has to be ongoing, and must meet or exceed recommended standards and best practices.  Staff working at a security checkpoint need to have a professional appearance as well as above average customer service skills, and most importantly they have to be vigilant.

The staff assigned to work at a security checkpoint will likely encounter people from all walks of life, including those that have never been subjected to any screening in the past.  Therefore the staff needs to understand that some people may be anxious because of the process, not because they are armed, but because they do not understand what is expected of them.  This is very apparent at airport security checkpoints when you observe people that are extremely nervous.  The main point is that staff should be able to identify the difference and respond appropriately to each situation.

There also needs to be ongoing training and processes in place to test staff, or audit their work, to insure that they are performing their duties as defined by policy and their training.  With the recent news regarding the 95% failure rate at U.S. airports, it should be very clear that management must ensure that staff is performing their duties at all times, and doing so within the guidelines and policies of the organization.  Staff needs ongoing training as new threats are identified and once the training is completed management should test the competency of such training to ensure that staff fully comprehends it.

As mentioned earlier, there are thousands of airport workers across the country that are not subjected to using the security checkpoints during their work day.  Basically they are screened upon hire, but after that the majority of them will never have to be screened during their work hours.

This was the vulnerability uncovered in New York with regards to the weapon smuggling case.  In that case the workers were using their airport security access cards to avoid the security checkpoints and gain access to the sections of the airport beyond the screening stations.  From there they were able to get the firearms onto aircraft and into the passenger compartments.

This same issue is often found at facilities such as schools, medical centers, courthouses and other locations that use security screening stations.  The issue is that often a facility will not require all people that enter the facility to be screened. Now in some cases management will state that they trust their staff so they are not required to be screened each time they enter the building, and in other cases they may have a number of other excuses for not requiring staff to be screened.

If your organization plans to install security metal detectors in one location, yet there are numerous doors that staff can enter the facility and not be screened; you may in fact be missing weapons entering the facility.  For example, several workplace violence incidents that have involved weapons have been as a result of staff bringing the weapon to work.  So if you are not screening staff you will not find these weapons until after the fact, if at all.

In other cases if you are not screening everyone, and there are exits from the buildings or secure areas that anyone can go out, you have to keep in mind that others can enter those exits whenever staff opens them to leave the area. Now to those that say they have processes in place to insure that no one drafts in behind a staff person, or that no one enters through an exit door, the only response I will offer is that you have to be right 100% of the time and a person that intends to bypass your security only has to be right one time.

One of the most often asked comments that I hear as part of security risk assessment projects, is we want to know if we should have weapon screening metal detectors in our facility.  That in and of itself is not an easy case to make, as there are so many factors that need to be considered before such a decision can and should be made.

First, is there an actual need for such equipment to be installed?  In many cases there may be no history of serious security breaches in the past, more so a fear of such occurring.  There is a lot to consider if an organization is debating the use of the equipment, such as costs, staffing, location(s), perception, and so on.

During the early stages an organization should also consider the Pros and Cons of installing security metal detector stations, or the use of hand-held equipment.  The pros can be as follows:

The Cons may be as follows:

When an organization installs security metal detectors they need to do so with the intent to follow industry standards and best practices.  In some cases that is easier said than done, as in the beginning there are all sorts of protocols and processes in place to do just that, but it is often over time that those processes and protocols breakdown, causing vulnerabilities and failures that may go unnoticed.

First of all safe and secure are terms that can mean different things to different people.  In general terms the average person may feel safe and secure in numerous environments, yet a person with an extensive security background may observe numerous factors that will make them question the effectiveness of any security culture.

When we are talking about making an environment safer and more secure with security metal detectors, the actual results of adding such equipment and processes can also be viewed in a number of ways.

For example, the average person will likely believe that security checkpoints in the nation’s airports make it safe to fly.  However, listening to security experts you will often hear that the metal detectors and screening process are merely a deterrent and that the effectiveness of such is purely dependent on the personnel operating the equipment.

With the recent revelations regarding the reported failures of airport security checkpoints, it was reported that in some airports the actual metal detectors and scanners used to screen passengers were not even working in some airports.  Worse yet news reports stated that screening staff did not know that that was the case.

So when it comes to answering the question does such equipment make an environment safer and more secure there is a lot to consider and security experts will tell you that there are no guarantees.

The reality is that security checkpoints that utilize security metal detectors are only as effective as the staff operating them and how well the equipment is maintained. In today’s world there are weapons that may not be found in conventional metal detectors, and therefore we as security professionals need to train for that as well.

It is true that metal detectors are a deterrent, and one only has to watch the number of people that enter a facility and notice a security checkpoint and then immediately return to their car to know that they can be effective to that end.  However, as with the recent case of the reported security lapses at our nation’s airports demonstrate, there are weaknesses and vulnerabilities with the use of such equipment.

Staff can be our weakest link if they are not trained properly, initially and ongoing, and if they are not properly managed.  Another vulnerability may be present if your organization exempts certain people from screening, or if there are other entry points into the areas beyond the security checkpoints that someone can circumvent the screening process.  And finally, if the equipment is not properly maintained and tested ongoing, you may not find out until after a serious security breach that the equipment was not working properly or at all, both of which will increase your liability exposure.

So as you can see, the question regarding installing metal detectors is not an easy question to answer, and there are risks with and without such equipment being present.  Metal detectors are not a magic fix or cure-all for security screening, however they are a tool that if used properly with trained staff and well defined policies and protocols they can be an effective deterrent and increase the safety and security of a facility. 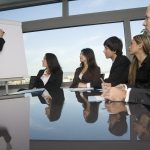 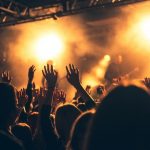