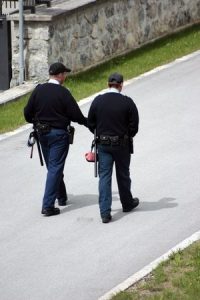 As with many things in life first impressions can make all the difference in the world when it comes to how your security program is perceived by others. As a security professional or a business owner you alone determine the professionalism of your organization’s security and this can start with insuring that your security department image is to the highest standards.

When trying to determine best practices for security operations, as well as the security culture of your organization, there are numerous examples of industry accepted best practices to draw from. Your job is to determine what works best for your business type, location and culture.

When it comes to ascertaining what type of program you are going to have you first would look at what type of business you have. For example, security at a country club would likely be drastically different then a security program at a bar. Security has to be based on identified risks and vulnerabilities regardless of the business type.

Another important factor to consider is the location of the business, meaning that a business in a rural community may not require the same level of security as compared to an urban setting.

Regardless of how well trained your security officers are, or how much security technology is in place, people still may not feel safe on your property if the image of your security operations is less than professional. For example, the picture to the right is an example of a security program that is not well managed, and in fact the security cameras are likely not working. The point is, if they were working why would they be pointed at the ground? Why have they not been repaired? Does anyone really believe that security is effective on this campus?

Other factors to consider with regards to your security department image are things such as the officer’s uniforms; meaning are all security staff wearing the same uniforms. If you do not set the standard and enforce it, you will have no control over what your security staff wears. Case in point, a medical center had a security program where the security officers were only told to wear blue uniform shirt and pants. Because the instruction was so vague, and not enforced to any degree, it was found that the pants ranged from jeans to regular uniform pants, yet in many cases there were extremely filthy with food stains.

On another campus the security officers were wearing cut off shorts, flip-flops, and their ball caps were on backwards and in some cases they were either extremely filthy or they had unprofessional writing on them. With that description can we really expect anyone to find that security department’s image to be professional? To take it a step further, the only way you might be able to tell that a man walking across campus was a security officer was because he was carrying a very large ring of keys and a security radio.

In both cases, and numerous other projects, we found that the uniforms were not ironed and in many cases not laundered. In fact, over the years we have come across uniforms that had not ever been ironed, and yet the security officers could not figure out why people would not respect them or take them seriously. As one staff person stated, “security looks like a joke and no one takes them seriously,” and most people outside of security agreed.

In most businesses the security department staff may be one of the few employee groups that will be noticed and recognized all the time. For example, if your CEO was crossing the campus at the same time as a security officer those not employed by the organization walking in the same area would know exactly what position the security officer holds with the organization, but the CEO may just be another suit to them. Therefore, would it not be a good idea to insure that security is presenting a professional corporate image, one that instills professionalism and confidence?

Like many things in life your reputation or security department’s image can follow the old adage, garbage in – garbage out. That is if you do not provide for sound leadership and establish a professional security department, then you will likely get out of your program what you have put into it.

Those security operations that instill professionalism and provide top-notch training are often highly respected within the organization as well as to outsiders.

Depending on the security officer, as well as their training and interpersonal skills, two different security officers may handle the same situation differently – drastically different! This is where a top-notch security program can make all the difference in the world.

Security officer interactions with other corporate staff or customers that are mishandled can lead to things such as litigation or reputation damage of the organization. When things do not go well we often see the results online.

We all know that there are hundreds of security officer interactions that are caught on video by observers and quickly uploaded to the internet for everyone to see. Once it is out there the chances of getting it removed are slim, so an organization must ensure that the image that security portrays is professional at all times.

Lack of Confidence in Security

If your security department is not the first department that staff thinks of when it comes to security concerns or incidents, then you have an issue that needs immediate attention. For example two organizations found that their security departments were not aware of most crimes that occurred on their campus, with some of them being felonies. When investigating this it was determined that the organization’s staff had no confidence whatsoever in security. Their comment was; “why call them, there is nothing that security can or will do.”

If your security program experiences the same or a similar issue you more than likely have an image problem at the very least. If that is the case it is time to take an unbiased look inward into your security operations and corporate security culture. These issues can all be resolved once you have identified the internal issues and best practices that can assist your organization in resolving the existing problems and taking your security program to the next level. 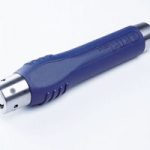