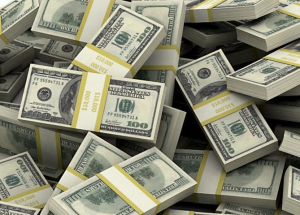 So just how bulletproof do you think that your business is when it comes to embezzlement? There are many business owners and senior managers that are confident that their systems are solid, and that they would know immediately if there was a case of embezzlement occurring. The reality is many of the large corporations, and even the family businesses, have fallen victim to employees that embezzled funds.

Take for example the recent case (2018) in California where two Nuns that embezzled $500,000 from a Catholic school and used the money for lavish trips and gambling for over 10 years! If someone had suggested to the school administrators that they were at risk of embezzlement, I feel confident in saying that they would have been ignored or laughed out of the room.

I know from experience that that is often the reaction that I receive when I suggest to senior administrators that there needs to be more controls with regards to the revenue stream of their business. In one such case I suggested that those staff members/managers in positions of fiduciary responsibly get periodic backgrounds checks. I also recommended a thorough audit by an outside and independent firm. The COO of that organization laughed and said we trust the people in finance. Needless to say my recommendations were not followed and as a result an ongoing embezzlement that was already occurring went undiscovered for many additional years.

I have often said that people have a tipping point, which is where they cross that line into the criminal world. Many times people have disagreed with me but the proof is in the facts. The Nuns mentioned above got to that point and they went rouge.

Think about it with an open mind, if you had a legitimate need for additional money and it was an emergency and you were desperate enough, would you take something if you thought you could get away with it? It happens folks; CEO’s, government officials, doctors, police officers, educators, and even family members have crossed that line. There may be no one that would not make the move if they were desperate enough. Thankfully most of us have such a high degree of integrity and honesty that we do not know where the breaking point is for us, and let’s hope we are never in that situation where we are even contemplating such actions.

I am not suggesting that we do not trust anyone, only that the facts are in the news almost daily with regards to internal theft. You also might be quite surprised to know that most of cases of embezzlement that are discovered only result in a person being terminated and no charges are never filed. I hesitated to say that because I realize that some people might be thinking there is hope if I were to decide to commit a theft.

The main reason why some employers never file charges against an internal thief is that they do not want the bad press that the arrest and court case will bring. Again, they are protecting their brands and their reputations of their business. So really they are kicking the can down the road to the next employer of that person. Come to think about it, maybe that former employee was terminated from a previous position where they did the same exact thing!

How to Discover Embezzlement

There are numerous ways to uncover if a case of embezzlement is occurring at your business, and often times those clues are right in front of your face and you failed to notice them, or should I say understand what it was that you were observing.

In one case the bookkeeper had worked for the same family owned business for 30 years and was considered family. Everyone knew this lady and trusted her and never believed for a second that she was capable of stealing or diverting funds. However, there were waning signs that were mistaken for loyalty.

In this case the bookkeeper never allowed anyone else to do her job. She never took an extended vacation, and she always ensured that she was in office for any large financial transactions. This person also did all the banking and credit card reconciliations; therefore she had 100% control of all financial matters.

With total control a dishonest employee can destroy the financial health of a business, and the person referenced above did just that. When the embezzlement was discovered they found that it had been going on in excess of 20 years. Even though the business was still profitable, that employee was very good at hiding the fact that hundred of thousands of dollars were being diverted to her personal use.

Some of the best practices in use today require that any employee that has fiduciary responsibility with an organizations financial matters take a required vacation every year, and during such an absence an independent audit the financial records is performed.

Another best practice is to require updated background checks on employees that have fiduciary responsibility with the organization’s financial records. I have seen these updated investigations being conducted annually or every other year.

After many cases of embezzlement that have been through the court system it is often found that there were other warning signs that were not addressed in a timely manner, such as indicators that an employee living well above their means based on their known salaries.

For example, in one of the past cases an employee in finance lived in a very expensive house and drove very expensive cars. Now to be fair, this person was also married to a law enforcement officer who was also bringing home a pay check. However, even with two incomes it was very apparent that they were living considerably above their income levels. This would have been discovered in a thorough supplemental background investigation, but the senior administrators did not believe that it was needed.

In order to prevent embezzlement you have to ensure there are the proper means to protect the businesses’ assets and this has to include ongoing backgrounds of those in a fiduciary position, even if you have full confidence in them.

If using the known best practices to protect your organization against embezzlement is standard practice at your business, the employees will not think you distrust them or think they are stealing; they will actually come to understand that you are protecting the business, administration, the board, and even the employees. 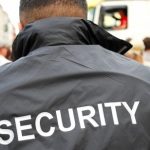 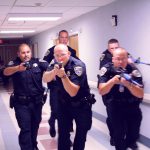