Within the first days of this year there were 30 incidents* where lethal force was used by security officers across the country, and those numbers continue to climb. These are the security officers protecting businesses, private social functions, and private properties. For those that think that this will not happen at their business, just how certain are you that that is the case?

There is little doubt that violence in our society has been on the increase for several years now. Whether the violence is related to the workplace, domestic issues, or random acts of violence we collectively have an issue that should be a concern for everyone.

Many businesses have hired security officers, either as staff members or as contract security, and in many cases they have done very little to properly vet the officers or the security contractors. In fact, hiring a security officer on as a staff member more often than not will result in a higher level of pre-employment screening than that of a contract security company. By this I am referring to the fact that a business owner that hires a security contractor to supply guards does so without a thorough review of the vendor’s hiring process and background checks in many cases.

To explain this in more detail, it has been my experience that when a private entity retains a security contractor they will often reply solely on the vendor’s word that the officers are qualified, properly trained and supervised, and that the officer has the proper licensing and a comprehensive background check has been performed. No one is suggesting that the private entity play the role of co-employer, but they are placing their business’ reputation on the ability and professionalism of the security officers so it would only make sense to provide oversight into the security vendor, right?

As stated in the first part of this article, there have many numerous incidents where security officers have used lethal force. Those cases included officers who used their service weapons to shoot someone. In many cases the use of lethal force was in self defense. However, there were incidents throughout the country in the last 12 months where security officers have used lethal force and as a result they have charged with murder. In many of those incidents it was reported that the officers felt that they were justified in using lethal force, and that belief often is a direct reflection on the quality, types, and amount of training that they have received.

Several times each year I am asked by a client for my opinion on arming their security officers or hiring a security vendor to provide armed officers. My first question is, why? In other words, why do they think that they need armed officers? What do they want the security officers to do when it comes to the use of deadly force? Also, how many incidents occurred in the last 3 years where the use of lethal force would have been used lawfully? I could go on and on with the questions that normally come into play but suffice it to say that there is a great deal of due diligence that needs to be performed prior to arming officers.

Training of the officers will often be one of the most important aspects of any security operations, regardless of whether they are armed or not. We cannot just hire an employee and tell them to observe and report and then expect the officers will always do the right thing. Security officers have to be trained, and we have to ensure that the training is industry appropriate, thorough, within industry standards, and follows best practices. There are plenty of resources available to develop or measure your security training which is always better than making up your own or no training at all.

Training has to be ongoing, not just a onetime thing, and there has to be some form of measuring the competency of officers that received the training. We also have to ensure that the trainers are qualified to teach the materials.

All training needs to be documented and retained in the officer’s personnel files, along with the training materials. Trust me when I say that if that officer were to use lethal force those files will be requested and will become a part of any civil litigation in the future. Without such records you are pretty much saying that officer does not have any training at all.

Security officers can cause a business to lose hundreds of thousands if not millions of dollars due to security negligence or excessive force claims. There have also been cases where security officers’ actions have resulted in businesses being closed permanently.

Whether the security officers are on your staff, or a member of a security contractor’s staff, your business or facility is relying on them to do the right thing every time. Just how confident are you that they are up to that level of responsibility? If you are not absolutely certain that they have the right training you need to conduct a comprehensive assessment of their operations. The concern about inadequate training is not the fault of the officers, more so their management not knowing what is required, what the industry standards are, or what if any state regulations that there might be. That being the case, if you do not know for sure it is well past time to find out. 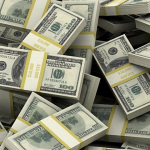