There should be no doubt that there are deep divides in our country when it comes to political issues. The issues have been building since 2016 and only seem to be getting worse. In fact some news outlets have made several comments as to a possible “Civil War” being on the horizon. Really!?

No matter which side of that fence that you are on, or if you feel that you are still undecided at this point, there is a legitimate feeling by millions of people that the stakes are really high. In some sense I have heard people say that our country is a powder keg and one spark can send our great nation over the edge. Not that I believe that, but in any case where there are threats of violence, and the perception is that those threats are real, we have to step back and evaluate our security, both personal and in the business world.

Over our country’s history we have seen numerous times where groups of people have instigated and/or participated in large scale protests, and a number of those protests have turned violent. Whether they were in reaction to a political issue, law enforcement incident, or any number of root causes, the common denominator is that there is a segment of our population that expresses their views with violence.

As Americans we all know our First Amendment to the U.S. Constitution, commonly refereed to as Freedom of Speech. Many of also know that “freedom of expression” is also included in that. However, as for how those “freedoms” are interpreted by others is not consistent. The point being that we cannot predict with certainty what a group of protesters will do (e.g. is their protest verbal or will they incite and participate in violent acts against people and property) so we really need to plan accordingly.

If you are a business owner I think you would agree that in most cases a business cannot survive an extended period of time where you are closed. I am speaking about those unexpected closures that are not planned in advance and are not in your control. In fact if we were to look back to September 10, 2001 we would find that at that time most businesses did not have a plan to address business continuity. However, after the September 11, 2001 terrorist attacks it became very apparent that that was negligence.

There are numerous other examples of civil unrest and rioting that adversely impacted business all across this country, whether they were in Ferguson, MO, Los Angeles, CA, Charlottesville, VA, Oakland, CA, Portland, OR or any number of places. In each of those cases there people protesting, which is their right to do so, and as a result they did in fact cause business disruptions and in several cases business losses.

We also have to consider the fact that in many cases businesses have been severely damaged and looted and they were innocent victims that had nothing to do with the issues that were being protested. In other words, they were just in the wrong location at the wrong time. So could they have prepared for such egregious acts of violence and property destruction? Short answer is, yes!

Look at it this way, why should we wait for something bad to happen to realize that taking the time to proactively determine our security risks and vulnerabilities is much less costly then rebuilding, restocking, or gaining our clients/customers confidence back after a major incident?

There is no way to predict when or where the next protest will take place, plain and simple. However, we do know that tensions are high and seem to be getting more intense by the day. While it is likely that many of the protests, of which some will undoubtedly result in violence against people and/or property, can be directly associated with our political chaos, we still need to take steps to protect ourselves, our employees and customers, and all of our business assets including our brand and reputation.

For the most part I am speaking to those businesses in larger cities and locations that have large colleges/universities, government facilities (federal level) and other similar settings. This is not to say that those communities or any college campus, military or government presence is the cause of civil unrest. The point is that federal properties or services have been the target of many incidents. College campuses have large number of young people associated with them and we have seen several cases where certain types of guest speakers have had serious security issues on those campuses (e.g. Berkley…).

So what are the security risks that associated with your business/facility? There is no simple answer to that question. The reality is that a security expert would have to look at the location, type of business, community demographics, and the crime statistics for that location for starters. However, remember that the business in many cases will not be the flash point that starts a riot.

That being the case it is not time to downplay the importance of your security risks, especially if you are like a large number of businesses that have never sought to identify their security risks or vulnerabilities in the first place. So in essence, how can we really develop a comprehensive security plan if we have no clue as to what we need to protect or mitigate?

As the tensions and political chaos are gaining momentum leading up to the 2020 national elections, we really need to get moving and start our planning. I would say that the cities of Charlotte, North Carolina and Milwaukee, Wisconsin, who host the GOP and Democratic National Conventions respectfully are likely well underway with their security planning. However, that planning does not include security planning and risk identification and mitigation for the private businesses in those two cities.

In other words local, state and federal law enforcement will prepare their security plan for the convention’s public locations as well as off-site locations that ancillary events may be held. But history has taught us numerous times in the past that once civil unrest gets out of control and physical violence escalates, law enforcement will have their hands full. If your business happens to be located in the area of the rioting your security risks will likely be extremely elevated. If that happens, are you ready for it? What’s your plan? How will you protect your brand, employees, and customers/clients and so on?

It really goes without saying but no one is suggesting that businesses relocate, more so that you consult with a security expert and come up with a comprehensive plan before summer. If that includes a temporary move, or developing a business continuity plan that includes relocating critical assets off-site for a few days, then so be it. Doing so may determine how quickly your business can be up and running again if a large scale civil disobedience action occurs. 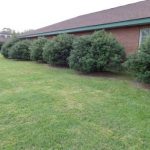 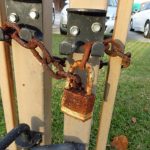