There is no doubt that the healthcare systems in the larger cities that are experiencing riots and looting, are being affected. In some cases, the riots and looting are near the urban hospitals and in the business districts. That being the case, how does this affect the hospitals, and what should hospital security be ready for?

As we have witnessed on the evening news this civil unrest has been going on now for well over 90 straight days. What is often the case is that most people will think that this will not affect them, but the reality is that one serious incident in their communities could trigger the violence to come to their doorstep.

Take for example Kenosha, Wisconsin. They were not planning for a serious incident to occur but it happened, and now they are trying to recover from the riots and looting. In addition to that, the national news and politicians are all scrambling to rush to their city to make their points. Regardless of your political affiliation, there has never been a crisis that a politician did not want to use to their benefit.

In other cities like Seattle, Portland, New York, Chicago, and Atlanta there have also been cases of riots and looting. Recently the participants in these actions have been using cement filled bottles, commercial grade fireworks, and Molotov Cocktails to attack the police. As a result, in numerous cases there have been serious injuries and even deaths.

If you know anything about how security works in an urban hospital you know that they have been dealing with issues of workplace violence for several years now. These are often cases where patients and/or their friends and families are aggressive towards staff.

In many cases hospital security has also been dealing with an increased number of weapons being brought into the emergency departments. The weapons have included knives, guns, razors, and numerous other items that can be used to injure or kill another person.

When you factor in the number of people participating in the civil unrest, and now those that are counter-protesters, the chances of weapons being present is at a much higher risk.  These same patients could also have fireworks on them, lighters, lighter fluids/gas, and many other items that will present a danger to the hospital staff and hospital security needs to plan and train for this.

In many larger inner-city medical centers’ security is already screening people that come into the hospital and/or emergency rooms. But the fact of the matter is unless your security is exceptionally tight and well trained, some weapons may get past the screening points.

When conducting risk assessments at medical centers I am often told about the weapons that have found their way into the E.R. The number of times that this has happened in the past were remarkably high in some cities, but that number has been coming down with increased security screenings.

The training for the security officers must be ongoing, and regardless of the locality the screening must be consistent. By this I am referring to the fact that numerous medical centers have different screening protocols depending on the time of day or depending on what doors someone uses to enter the hospital.

I have also seen where a larger inner-city medical center was utilizing walkthrough metal detectors, but there was only one officer present and they had numerous issues with the equipment. In some cases, the bag scanner would not work, or only worked sporadically. The officer then had to hand check each bag, as well as monitor the walk-through magnetometer and answer questions at a remarkably busy E.R. entrance. The fact of the matter was that that officer could not do each of those tasks effectively and consistently.

Other things to keep in mind are that when people that have been participating in the civil unrest self-present at the hospitals, they may in fact hide their weapons somewhere on the grounds of the hospital and pick them up when they leave. Because of this security needs to be actively monitoring the grounds, especially at night and/or during any active protesting.

Who would have thought that protesters would disturb your dinner out, your ride on the train/subways, and/or your commute on the interstate? Well we all know that it is happening nightly in some city around the country. What most hospitals have failed to do is plan for the day/night when those protests will be coming to their hospital.

As mentioned already, the levels and magnitude of the violence in healthcare has been on the rise for several years now. As a result, some hospitals have armed their security with firearms. Still others have issued Tasers, handcuffs, leg-restraints, spit hoods, pepper spray, hobbles, and numerous other law enforcement types of equipment to their security programs. There are also an increasing number of medical centers that are using off-duty law enforcement officers to provide extra security on the hospital campus. So that being the case, the risks of a similar police incident occurring on the hospital campus is present.

Look at it this way, an off-duty police officer working security for your hospital that confronts an armed suspect and ends up using deadly force to eliminate the threat, will likely result in your hospital becoming ground-zero for the protesters.

In the case where a hospital security officer applies a spit hood to a person that is spitting in the E.R., and say for example that that patient were to die from excited delirium and/or a pre-existing illness during a struggle, there is no difference to those that will demand justice.

Again, since hospitals have armed their staff with police equipment, and/or they hired off-duty police to provide security, those hospitals are at a higher risk of violent protests when an unintended death occurs. If your hospital has these risks present, are you ready to deal with the problems that are associated with such?

Please do not get me wrong, there has been a well-documented need for some medical centers to arm their security staff or hire off-duty police to augment their security. In no way am I suggesting that hospitals disarm their security.  What I am suggesting is that you have to think out of the box on this subject, as the country is giving you weekly examples of how a simple contact by a police officer can turn into a tragedy. Remember too that in some cases hospital security officers’ appearances closely resemble the police officers in their communities, and the average person on the street may not be able to tell the difference.

Here are just two of the several cases where security officers were mistaken as being police officers. 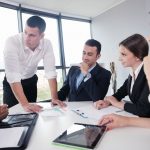 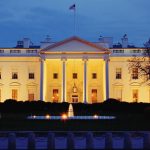