While the majority of security officers are unarmed, there is a developing trend to arm security officers. Why? In most cases it is because a business owner wants to protect their business, and they feel that their security officers require firearms to do just that. What those same business owners often neglect to consider is that they are introducing deadly force into their business environment. Now granted, there are times when the introduction of the capability of deadly force may justified, it has been my experience that in most cases it is not.

Arming security officers is a huge step and will increase your liability exposure exponentially. We can often manage those increased risks if we ensure that the security officers are well trained, and that we have identified the risks in advance so as to justify the carrying and potential use of the firearms.

We also need to look at the quality of the security officers and conduct our due diligence to ensure that they are professional. What do I mean by that? Simply put, the average security officer may not have the right mindset to carry a firearm and truly understand the risks that are associated with it.

For example, years ago I worked with a large healthcare system that wanted to arm their security officers in one of their hospitals. The question that I had was, why? Their answer was that it takes too long for the sheriff to arrive if called, so they want an armed security officer. My second question was, tell me about the past cases where a firearm, and the resulting possibility of deadly force, was needed and could have made a difference. However, there were no past cases.

Well, that was quite enlightening to say the least, but it really supported my recommendations later in the project. By that I am referring to the fact that the organization had predetermined that they needed to hire a contract security company to come in and take over. During several conversations back and forth I found that they had already contacted a security contractor and started the conversation.

So, as to clarify what exactly was going on here, let me explain the healthcare organization’s challenge that they were facing that led them to call a contractor. First, the hospital was in a very rural area that was also economically challenged. Good paying jobs were in short supply, and most of the security jobs in this area were minimum wage or slightly better.

The employer thought that the security contractor would bring in their own highly trained armed security officers. However, due to the location of this hospital, and the fact that even the contractor was not going to be paying any better than their potential client was already doing, there was no possible way that the contractor was going to be able to bring in officers from across the country or even the surrounding states. In fact, their intention was stated up front that they would recruit from the local community and surrounding counties. So, in essence, they were recruiting from the same source that the hospital was already using, and yet the contractor thought that they would find competent applicants to do the job of armed security. So, if you are fishing from the same pond as the other guy who is only getting blue gills, what makes you think that you’re going to catch salmon?

Also, in 2020 there were more than 430 security officers that were arrested for alleged crimes such as aggravated assault, kidnapping, identity theft, sexual assault, burglary, fraud, and murder.

No one can dispute the fact that the majority of security officers are not trained to the level that police officers are trained. In fact, since some states do not even require that security officers be licensed to work security, they certainly do not require any special training to be armed security. Even those states that do require licensing and training, their training requirements are often less than 40 hours of firearm training. For those that do not understand the difference, police officers are required to go through rigorous training that far exceeds 40 hours, and they are required to re-qualify continuously. I should note here that all of the organizations that I have worked with that have armed security officers, not one of them provided weapon retention training to the officers.

Before you even get to the training phase of law enforcement, the applicants must undergo an extensive background check and, in most cases, a psychological exam. A law enforcement agency as an employer must ensure that the person seeking employment is not of questionable character, and that they have the right mindset to do the job. The goal is to ensure that you do not hire an ex-felon or a mentally unstable person and giving access to firearms. The same holds true for security officers, at least to some extent.

Security officers receive on average 40 hours of classroom/online instruction before they are assigned to do their jobs. That is normally the case in those states that require state licensing. For those other states, the training is often measured in hours (i.e., 1-4 hours), if that. As a result, this is where your highest risk is when it comes to competency of your security staff, and because of that your liability exposure can be off the charts.

There may be justification in arming some security officers, but you must conduct your due diligence to establish that need. If a contractor is trying to sell you on armed security, keep in mind that their billable hourly rate is often much higher for armed security, so their motivation may be driven by the budget.

It would also make sense to ensure that the vendor is conducting extensive background checks on their armed officers, and that there is required training, both initial and ongoing, to be an armed officer at your business. However, it has been my experience that over 90% of the businesses that use contract security officers have ever conducted any due diligence with regards to the security contractors’ firm, training requirements, and/or competency. They blindly go into the relationship believing that the vendor has their backs and knows what they are doing. In many cases that may be the case, but there are plenty of examples where the opposite was true.

Regardless of whether your organization hires their own security officers, or contracts out the service, it is incumbent that your organization to fully understand your risks and liability exposure. If you do not have someone on staff that understands how to determine your risks, and how to manage and reduce your liability exposures, you need to find a trusted advisor that has those skills.

The trusted advisor must be independent and not affiliated with any guard service provider or security technology retailer or manufacture. If you were to go that route, you will soon find out that they will likely find that they will eventually steer you in a direction to use their services or purchase their products.

These same trusted advisors must have experience in evaluating a contract security company’s policies, post orders, scheduling, and even the contract. There is nothing wrong with requesting training records, curriculum, and competency of their instructors in advance. I cannot even count the number of times when I asked a representative of a contract security company who they used for their training, only to find out that they have relied on former correctional officers or police officers to do the training. Then, find out that the correctional/police officer has not been on that job in the last 10+ years, and they were never certified to be a trainer.

As a trusted advisor to my clients, I have had those tough conversations for them, and in many cases within minutes some of the contract managers were defensive and/or very uncomfortable. My job is not to pick things apart, more so to protect my clients interests and assist them in understanding what it is they are getting or not getting under their contract.

So, in essence, if you do not understand how to conduct a security risk assessment, or evaluate your proprietary or contract security services, find a professional that does it for a living and will looking out for your best interests. 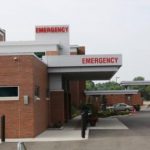