You have heard me say before, that there are risks that many businesses face when they hire a security guard service to provide security officers to work on or in their business. That has not, and likely will not, change any time soon. What is changing is the deadly encounters that those security officers find themselves in.

Over the last few years, the number of contract security guards that have been involved in an encounter that turned deadly, or where deadly force was used by anyone involved, have gone up. In some of those incidents, it was determined after-the-fact that the security officer was carrying and used a firearm that the officer was not licensed, trained, or authorized to carry as part of their job. Believe it or not, this is becoming more and more common due to the increased violence that security officers find themselves dealing with.

Over the years I have personally spoken with hundreds of security officers as part of our assessments, and the number of officers that will admit that they carry an unauthorized firearm while on duty have been surprising. When asked if their employer, or their client knew about it, they would always say no. So why would they carry if they knew they did not have a license, authorization, and any required training to do so? Simply put, they perceived the risks of being killed on the job being such that they made a decision to carry a firearm regardless.

In several cases I had security officers tell me that they do not intend to die on the job for $12 an hour. Who can blame them for feeling that way? There is no amount of hourly pay that is worth the risk, but yet there are plenty of people that have accepted the risks (e.g., police officers). What is different is that the police officers and many security officers are provided with extensive training in weapon handling, weapon retention, and use of force and they know what the risks are and how to mitigate those where they can.

However, those security officers that take it upon themselves to carry a deadly weapon, yet were not authorized or trained to do so, are risking everything, such as their lives, the lives of others, their job, their freedom, and so on.

If your business has retained or is planning on retaining a security contractor to provide security officers services, it is your responsibility to perform your due diligence to ensure that that company is properly licensed, trained, and always managed.

It is my opinion that many contract security guard contractors do not provide their officers with enough training, and once they get the contract your business will be lucky to get the proper management of those officers. In fact, I recently heard a business owner say that when they retained their security guard contractor that company started off with the best security officers that they had ever seen, but that after about 30 days those officers starting to be replaced by security officers that were different. When asked, they said that the initial officers were the “A Team” but after a month they were all replaced by a whole different type of officer. Basically, they felt that they were promised the best and got what they thought was the best, only to see a complete turn-over of officers, and the replacements were of very poor quality and had no ongoing management. This was not the only time that I heard a business owner state they felt like they were a victim of “bait and switch”.

Numerous times over the years I have had my clients tell me that their security guard contractor never provided them with any training materials that their officers have received. However, they were told that the contract officers were highly trained, certified, licensed, and managed in an effort to get the contract. They went on to tell me that the security officers appeared to have no training in many cases.

I have personally interviewed hundreds, likely thousands, of security officers over the last 40 years, and with very little exception over 80% (a very conservative estimate) said that they received little or no training before they were assigned a site to work. When asked how often their manager or supervisor came to their site, they would often laugh, and say something along the line of never, or only when they are coming to yell at me for something.

In many cases I have met with the management of the security guard service contractor on behalf of my clients and discussed the training that the officers have, the level of their management/supervisory (contract company) oversight that is actually onsite, and numerous other topics. As such, what I have often found is that my client is getting pretty much a warm body in a uniform, most of the time, and the officers are just for show because they have no idea what they are supposed to do, or how to do it.

The point here is that as a business owner looking to retain the services of a security guard staffing contractor, you need to ask the right questions and verify everything that you are told. If you already have a contractor providing security guard staffing, it is not too late to audit their training, policies, management, and such. It is however too late once a serious security incident occurs. The only thing that doing it after-the-fact will accomplish is to show that you had not performed the audit prior to the incident in question, and that will likely be used against your organization during any civil litigation as a result of the incident.

So, what can, and should, your organization do right now to determine your risks and start the process of mitigation of those risks where possible? For starters, if your management does not know what to ask and how to verify information that a contractor provides to you, you need to retain an independent security professional as a trusted advisor to perform this task. This independent security advisor cannot be associated with any guard service provider and should not be a part of any security technology manufacture or provider. Basically, you want a truly independent professional that is not trying to sell you something or get a competitive advantage over their peers. Both the guard service provider and the technology manufacturers and installers would not be independent or unbiased. 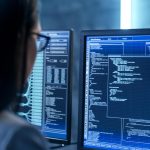