If you have, or plan on having armed security officers at your business, do you fully understand the risks and liability exposure that that will bring with it? 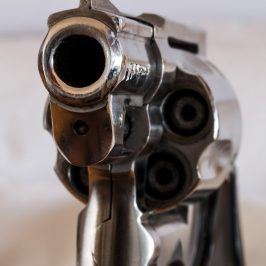 Over the years I have stated in no uncertain terms that bringing in armed security is not always the cure-all, and in fact such a move will actually increase your liability risks. Case-in-point, recently in Charlotte, N.C. at the Valerie C. Woodard Center[1] there was an incident involving two armed security officers that resulted in one officer shooting the other, over what the victim stated was “a minor disagreement”.

In another recent case that occurred in Huston, Texas a security guard was accused of a cover-up and is charged after a woman was struck by a stray bullet and killed. The security officer was charged with murder. This incident started as a traffic accident/reckless driver, and according to the court records at one point, as many as six guards were shooting from three different positions in the parking lot.

There were numerous other incidents across the country this year that involved the use of deadly force by a security officer, and many resulted in charges being filed against those officers. In fact, Rick McCann (Founder-CEO Private Officer International) wrote back in June 2022, that 62 Firearm Incidents, 5 Security Officers Murdered, in 5 Days.

There is no doubt whatsoever that the violence in our society has increased, and that shootings, including mass shooter incidents, are almost a daily occurrence somewhere in the United States.

The need for armed security officers is often a discussion that I have with my clients over the years, and more so in the last couple of years. I take their concerns very seriously, because I realize that the introduction of firearms into the workplace is a serious escalation of force available to the officers. As such, my persistent questions are related to the perceptions vs. reality, and the justification for arming security officers.

A few years back I was working with a healthcare system that had multiple hospitals, and a few were at high-risk for workplace violence involving firearms. Their plan was to hire a contract security company that had armed officers. When asked why contract officers and not the officers that they already had in place, in so many words they stated that the quality of their officers was not that good. Being inquisitive, I asked what contract company were they looking at, and why have they decided on them? Their response was that seeing how their hospitals were in several cases very rural, and there were not any quality applicants to chose from for armed officers, the contractor was going to bring in their officers. If you have ever worked with contract security companies you know that in many cases their officers are paid minimum wages, and they come from the same labor pool that other employers are hiring from.

The issue with what that client wanted, and how they had planned to achieve their goal, were not well planned out. You see, the contract company was not going to get job candidates that were any better than what the hospital was going to find. Sure, they may bring in their “A Team” at first to get the contract, but I have seen many times where they do just that, and then later down the road in a few weeks they start replacing their best officers with new officers that really should not be carrying firearms. To be fair, the contract company could bring in officers from other states or areas far removed from their new client, and if so, you will see a major markup on their contract to cover those costs.

If you are planning on arming your security officers, for whatever reasons you may have, it is important to conduct your due diligence. This is no place to skimp on the expense of conducting a Security Risk Assessment – Request for Proposals (RFP), Requests for Qualifications (RFQ), or Requests for Information (RFI). Other considerations for your team to address can include, but are not limited to, the following:

In closing, I know that my peers in the contract security field will try to convince you that they have everything covered, and their officers will be well trained. However, I know from experience that that is not always the case, in fact, that may be the exception. So, if you do not have a security expert on staff, you should consider retaining an independent security consultant to be your advocate and security advisor through the process. A security expert that is certified as a Certified Protection Professional (CPP), and is independent, meaning they do not provide any security guard services nor do they sell any security technology or other services such as alarm monitoring. What you want to look for is an unbiased security expert that will give you the straight answers and will not try and steer you into a long-term contract. This same expert can perform a security risk assessment and/or workplace violence assessment to determine if armed officers are needed, or if there are other steps you can take first to improve your security. 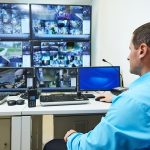 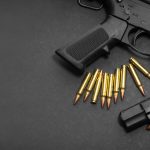