Although it is not a true indication for determining whether a security officer is well trained and/or highly competent, the security uniform can set the tone for the security program for many people, both from within an organization as well as visitors.

What is a Proper Security Uniform? 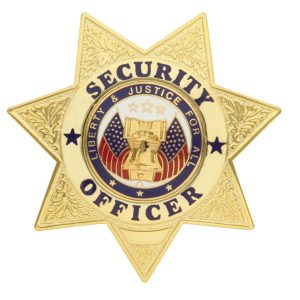 Basically a proper uniform is often decided by the organization’s security culture and the image that they want to portray. For example, if a professional office setting wants a professional security program, they may in fact uniform their security staff in a blazer, shirt and tie type of uniform. In this case they are likely going after the more businesslike approach versus the traditional security uniform. There are many benefits with this type of uniform, mainly that they blend in more with the existing business culture and they do not portray a police like culture.

For many years the traditional security uniform has been a uniform shirt with a badge and shoulder patches and often equipment being carried on a duty belt, such as a flashlight, radio, and maybe handcuffs and some form of a defensive weapon. These types of security uniforms are more recognizable to all employees and to others such as visitors and customers.

So as you can see security uniforms can and do come in many different styles and they will often be aligned with the type of environment they are used in, as well as the image that the organization is trying to portray. However, we need to keep in mind that a uniform only designates who is security, and there are plenty of additional things that an organization has to consider.

Thinking back to September 2001 and the days after the terrorist attacks in New York and Washington D.C. I am reminded of the post-incident increased security at airports across the country. In particular I recall flying on the first day that air travel resumed in the United States and how in all airports there were armed soldiers and police officers everywhere. There was a strong sense of security throughout the airline industry as a direct response to the terror attacks. However, not all decisions made to increase security were well thought out.

An example of this was when my flight landed at an airport in the Midwest. At first there was a high security presence on the airport grounds around the aircraft, and as you walked through the airport there were a number of armed soldiers and police officers. They all gave the traveling public a sense of security and safety. However, this airport also had security in the parking lots that was in place to keep cars away from the terminal, and this is where they made some poor choices.

This facility hired a contract security company to conduct patrols in the parking areas, much like many airports did. However, in this case there was an obvious lack of vetting utilized when the security firm was retained, and there was little or no oversight after they were placed in the parking lots. In fact it could only be described as an embarrassment to see those security officers because their appearance was not professional in the least bit, and their actions were less than appropriate. The point here is that if you are trying to instill confidence that your security is there to protect your customers and staff, you have to ensure that they look the part and act the part.

There are numerous examples of professional security uniforms in use every day throughout the business world, and there are also many examples of security uniforms that are dirty and in disrepair and not only do they tarnish the image of your security program, but they can also adversely affect the morale of the security staff as well.

Management is responsible for determining the style and types of uniforms that their security staff will wear, and they need to ensure that they have a policy in place that defines all aspects of the uniforms. The policy also needs to address the basics such as wearing a clean uniform and what attachments are authorized to be affixed to them. If management fails to define a proper uniform, or they define it yet they do not monitor the uniforms ongoing, it may be only a matter of time before the officers will make changes on their own.

Another important consideration is whether or not the security officers will be allowed to wear their uniforms when they are not on duty, for example when they are driving to and from work. It may seem like a non-issue to some but we need consider the fact that when a security officer is off-duty they may be making stops on their way to work or home and their actions off-duty, yet still in uniform, may not reflect well on your organization.

Some security uniforms closely resemble the local law enforcement uniforms, so much so that they are very difficult to differentiate between security and the police. This can cause an issue where someone perceives the security officer to be a police officer. Whether that was the intent or not of the security department, this may result in an increased risk of violence or liability.

In a couple of states there are laws in place that strictly prohibit security uniforms so that they do not resemble police officers. However, those are the exception to the rule as most states do not have such regulations in place.

Over the last several years there seems to be a trend in some industries to closely align the security uniforms with those uniforms being worn by the local police agencies. Security directors have intentionally done this so as get as close to the line as possible. For example, there are security officers that wear the same exact uniforms as the police in their area and the only difference might be the wording on their badges or patches, both of which can only be noticed if you were to look closely at them. In some cases even the badges and patches look the same but instead of “security” it may say “public safety.” Is this an intentional effort to mislead?

When you talk to the security directors you may find that their intent is to get as close to the line as possible yet not cross it, and they state that they want others to believe that it is the police that is talking to them because they feel that the officers will get better cooperation. What is often overlooked is the fact that a criminal suspect may think that it is the police approaching them, or chasing them, and they may intentionally attack the security officers with the intent to cause great bodily harm.

There are also examples of where security officers are not only dressed like police officers, but they also carry stun guns or other security equipment that to an average person may resemble a holstered firearm. In a few cases I have not been able to tell if the person I am observing from a distance is a police officer or not, and if that person is carrying a firearm or a stun gun.

Basically stun guns, commonly referred to as Tasers, used to be yellow and black and you could tell from a distance what they were. However, the new style Tasers are all black and when holstered they can closely resemble a holstered firearm.

So is there a real issue with the changing appearances of security officers? It is all over the news that police officers have a military look to them these days and they are utilizing military technology and equipment, but what about security officers looking like police officers? There are risks associated with both, and it is up to both the police and security departments to consider those risks, and for our law makers to decide how far each will go to provide their services.

Can your risk of increased liability be affected by the types of uniforms that the security officers wear, or the equipment that they carry on their person while on duty? Is there a process in place to review and provide ongoing oversight for the security uniforms and equipment in use at your organization?

Consider this; the number of security officer deaths or serious injuries in the United States has been on the rise over the last several years, and in some cases the suspects believed that they were being pursued or being taken into custody by a police officer, not security officers. This is not to suggest that attacking or killing a police officer is a reasonable defense, more so a mindset of the offender.

There has also been an increase in the number of security officers being charged with murder or other serious felonies as a result of their confrontations with others. Could this be a result of their security culture that they work in, for example are they expected to look and act like a police officer because that is what their manager or organization wants? Time will tell. 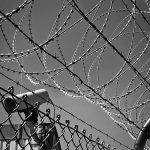