What was once a luxury of sorts is now main stream and many businesses and residential properties now have security video surveillance in use. There is no doubt that video surveillance systems can tender many benefits, but did you know that they can also be the basis of numerous problems that many people had not even considered?

One of the most often overlooked problems that come to light after an incident is the fact that many businesses do not have a well thought-out out policy regarding the surveillance systems. They will often discover this when things have gone wrong and they are being sued in civil court, or their security video has found its way to the internet.

One of the most often requests internally is that of a manager who wants to see what time their employee arrived for work, or if that employee left early. Managers have also requested video when there was a concern that an employee may be taking too many breaks as well. While the security video may in fact provide the evidence of wrongdoing, by using it this way it could also cause additional problems.

Case in point, there has been numerous times when working with clients that this issue has come up. In several of those cases the managers had received the video and used it as part of the discipline process for a staff person. However, what also happened was that there were repeated cases where the cameras were tampered with or vandalized after that discipline was handed out. In other cases the trust in security became n issue that resulted in intense labor relations disagreements because numerous staff believed that security was spying on them and reporting to their managers. That was not the case, but that was the result of using the security video for discipline at the request of unit managers.

If you have not already done so, take a look sometime on You Tube or just about any of the social media sites out on the internet and you will likely find security video that was leaked by an employee. In many cases it was a security officer that leaked the video, as they often have the access to the video resources as compared to other employees. Some of the video that has been uploaded online was obviously a breach of privacy and/or caused the business that was the source of the video civil litigation.

So in order to effectively administer these issues, it is our recommendation that every business that uses a security video surveillance system institute written policies regarding the purpose of the systems as well as the proper use, restrictions, and limitations.

Basically the Who, What, Where, When, Why and How that are very common in the protection field.

If your organization will be using covert security cameras there are additional steps that you will need to consider. For example, at a minimum there needs to be at least two levels of authorization in place so that no one person can decide to install a covert camera on their own. Your organization should also require that all others means of investigating and mitigation should be utilized prior to the authorization of the covert camera use. By this I am referring to the other steps that can be taken to ascertain if the perceived security issue can be resolved without using a covert camera. It has been my experience that there are very few times that a covert camera will actually be needed if in fact security management has considered all other mitigation steps first.

Finally, there is no doubt that your security video system could be used as an investigative tool for law enforcement at some point, or that your security video may be compromised internally and result in civil litigation. Therefore, the policy should at least have been reviewed by Human Resources, Risk Management and your company’s legal counsel. 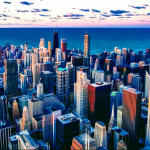 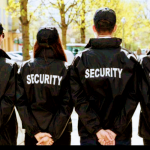