The news these days has been consumed with the tragic events unfolding in Minnesota, California and Tennessee.  Regardless of your opinions of the initial confrontation between the police officers and Mr. Floyd ion Minnesota, the fact that law enforcement officials have not been able to maintain or even restore order should be a very strong indicator that private citizens and business owners need to evaluate their personal safety and security as well as that of their employees and customers.

Civil unrest is not anything new.  In fact, it can be triggered by violent acts or a real or perceived civil injustice.

We have also all seen cases in the past where jury verdicts were not aligned with what some were demanding and in the after-math rioting occurred and in the end rioting resulted in numerous injuries and property damage.  A number of different factors could result in crowds to gather and then depending on those in the crowd, and their emotional state, things could go wrong in a hurry.

With the current events every business owner or executive team in that area should be taking into consideration the violence and how it may affect their employees, customers, property, brand, and numerous other things.  Since the rioting/looting in Minnesota started several other cities have also seen similar outcomes in some of their major cities.  So as you can see, although the original incident occurred in Minnesota, the potential for violence related to that incident knows no boundaries.  So what can and should businesses do to prepare for such violence?

The first thing that should be done is getting the Emergency Action Plan off the shelf and dust it off.  For those businesses that have such a plan it is very likely that they have not reviewed it for years, so now would be the time to update it.

The reality is that most businesses may not have such a plan in place, and those that do may call it a Disaster Plan, Security Plan, or a few different names.  Regardless, in the end the plan will be focused on the safety and security of the business assets (e.g. staff, customers, property, inventory, proprietary information….).

These plans are not just for civil unrest situations; in fact civil unrest will likely have a very small role in the intent of the plan.  What we are seeing in the news is that some businesses are being looted or destroyed by fire, yet many others have so far escaped major losses.  Also, the areas in which these criminal events are occurring is not in the area where the incident that sparked them in the first place even occurred. Thus, you cannot predict where and when the civil unrest will happen so it is not prudent to sit back and say that “it cannot happen here.”

Depending on future actions related to this current event, and due to the increased threat level, businesses must prepare for the worst.  Think of it this way, if the violence continues and it is not safe to conduct business due to staff safety, can the business survive if it had to close until the civil unrest is resolved?

In the case of the rioting/looting incidents the threats are many.  For example, there are threats to public safety, property loss, and loss of life to law enforcement officers, bystanders, rioters, news reporters and even aircraft in the area.  All of these threats are real, and actions are being taken by law enforcement and government officials to minimize the threats as much as possible.  However, with the National Guard being activated it clearly demonstrates that the threats have not diminished, but rather they appear to be increasing.

The residents, business owners, and motoring public is very vulnerable at this point, and although it has not been reported yet, you have to assume that businesses have taken steps to inform their staff on alternative routes to and from work, or while at work if employees drive as part of their jobs.

When you are planning for a major disaster, whether it is man-made or a natural disaster, you really need to think outside the box.  There is no one size fits all when it comes to risks. In fact, one business may have higher risks than that of the neighboring business (e.g. gun stores or pharmacies compared to insurance office or movie theaters).

As for mitigation steps, take for example a gun store, now might be the time to reduce inventory that is kept in the store at night (i.e. firearms and ammunition). Anything that could be considered a “Hot Products”, which is defined as items that are concealable, removable, available, valuable, enjoyable and disposable, [1] should be secured whenever possible. Just look at the news stories and how fast a store’s inventory can be decimated, and often burned afterwards, and result in a total loss.

Another consideration is what have you as a business owner instructed your staff to do if there is a civil unrest event occurring in the area near your business? Will they have any way to even know that there is a large group of angry protesters nearby? Will you require that they stay put and not close the business for now? Are you placing the staff and customers at risk for the sake of a sale? I hope not, but sometimes that is the case.

Do not leave the decisions that need to be made in the hands of staff, as many if not most of them have no formal training in risk management or avoidance. The longer you wait to make a decision, that is provided you even know what is happening at your business in the first place, the more you are placing your employees and customers at risk.

So, in the case of the recent events in Minnesota, Tennessee, and California business owners should consider closing their businesses at the first sign of potential problems. In other words, as soon as it is observed that people are marching in the streets, blocking traffic, yelling, and verbally protesting anything that has the potential to turn into a riot or physical attacks, close down the business and get your employees out of that area as fast as possible. Make sure that they have an exit plan, and contingencies plans if the designated escape route is blocked.

Your business is likely insured, but the loss of life cannot be replaced. Act wisely and plan accordingly now, because when a civil protest turns ugly, you will not have time to come up with a plan. It is too late! 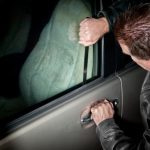 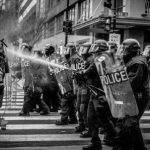