Police Officers in the Emergency Room

There is no doubt that the police officers in our communities are an especially important resource that we can call on in the event of an emergency.  That being the case, what could possibly go wrong if a police officer were in the emergency room of your local healthcare facility?

Over the years and after hundreds of interviews with emergency department staff, it is my opinion that E.D. staff perceives that they are safer with a police officer within the department. When staff was asked about their own security department, they often responded that the security officers really cannot do anything, and in some cases they are too slow to act. Of course, responses like that lead to more questions on my part because I wanted to know what they meant that security officers could not do anything, and they were slow to respond.

After doing a deep dive into their comments, and after observing and speaking with the security officers, it became my opinion that they were performing exactly like they were trained and the way that management wanted them to perform. The security officers clearly understood HIPAA, EMTALA, and de-escalation techniques. On the other hand, police officers interviewed knew of the term HIPAA, had never heard of EMTALA, and had a completely different view on how to handle aggression on the part of anyone, including a patient.

Another issue that came up often was the use of custodial restraints (e.g. handcuffs, hobbles, zip ties and so on). For those that do not know, a Hobble device is a restraining device used primarily to secure the legs and ankles of a person in custody to limit the subject’s movement during transport. 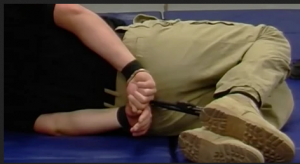 What was concerning is that the training of hospital security officers regarding the permitted use of any custodial restraint was often found to be subpar. By that I am referring to hospitals that had security officers using their department issued handcuffs to secure patients. I also found a large multi-state healthcare system that allowed the security officers to purchase their own set of hobbles. When I conducted a root cause analysis into these practices, I also found that there was little or no training on the use of the restraints.

In one case I had several security officers at several different hospitals within a multi-hospital health system state that they use the handcuffs to transport patients between the E.D. and other departments, such as radiology. When I mentioned this to the system security manager, he became defensive and stated they that do no such thing. This was a case of plausible deniability.

The use of police custodial restraints by law enforcement is not subject to this regulation. However, healthcare organizations still must follow the regulations regarding a patient that is being restrained or secluded, even by the police.

One of the ongoing issues here is that police officers working security at a healthcare facility are not trained on the CMS regulations.  In fact, not once have I found a non-hospital employed or contracted law enforcement official that had received any training whatsoever from the healthcare organization where they were providing security services.  Basically, they need to be trained on the restrictions that healthcare services are subjected to as well as understand the importance of the patient’s rights. This is not implying that they cannot do their law enforcement job and use their equipment, only that they should be trained by the hospital that is using their services.

Hospital security officers on the other hand must be trained and fully understand the regulations and patient rights. With the growing use of handcuffs, pepper sprays, Tasers and even firearms in the healthcare setting, the training is paramount and needs to be ongoing.

Throughout the years I have found that hospital staff, mainly in the emergency departments, prefer police officers over security in many cases, because they have the power of arrest and there is a perceived belief that they can be more effective than hospital security.

As I said before, when I hear comments such as this, I will always dig deeper to find what staff means. In doing so I have heard things like;

There is no denying that the presence of a police officer does often affect the behavior and attitudes of many people, mostly in a positive and calming way. But as we all know, the respect for police officers has been taking a hit over the last year and in some cases their presence may in fact escalate the aggressiveness of some people.

On the other hand, security officers do not have any arrest powers that the average person does not also have, the power to make a citizen’s arrest.

Many of the patients, visitors, or other people that have been known to cause security issues within a healthcare setting know that the security officer cannot do the same things that a police officer can do, and they take advantage of that.

In one example I was again conducting an assessment at a large multi-campus health system and I found when speaking to the security officers that the person that trained them had only been on the job themselves for a month or more than the officer I was interviewing.

If your organization is using a security contractor to provide security officers for your hospital, or you are using off-duty police officers to assist with your security, it is your responsibility to ensure that they have been trained, and understand their job duties. Assuming that they know what they are doing, or how they are supposed to do it, is a disaster waiting to happen. 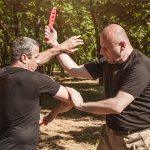 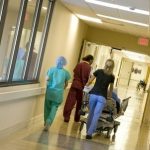