There is an active movement to defund the police in some cities across the country. There is also the recent issue where qualified immunity was stripped from police officers in some states, and the deadly violent crimes against police have many of those officers considering a career change. Each one of these can have a negative impact on policing in America, but when you put them all together at the same time you will, and do, have a crisis.

In most states, security officers have no more authority than an average citizen when it comes to enforcing the laws. In fact, it is quite common to find that contract security is nothing more than an “Observe and Report” service. Basically, they will not take any actions other than verbally, and in the majority of cases they will never go hands-on with anyone.

On the other hand, proprietary security officers, those working for their employer and not a contract security service, also have very limited authority, again, like an average citizen. However, the difference is that they are very pro-active in many cases, and they will go hands-on if needed.

To give you an example of the Observe & Report protocol, in the news recently you may have seen two news stories regarding shoplifting in California, where a person or persons, enters a business and steals a large amount of merchandise. Now granted, in Sacramento, California they seemed to have lost their collective minds because they passed a law that basically says that the police will not respond or arrest anyone that steals less than $900 of merchandise. Oh, how I digress. Anyway, in both of those cases if you watched the videos on the news, you would have seen a security officer present and that officer did nothing to stop the acts of thefts, other than they used their cell phones to record the crime.

How this type of societal change impacts the businesses, and eventually everyone else, is also playing out in California where large retailers like Walgreens have started to close stores due to the losses that continue to mount. In the other case, a high-end department store is adjusting their business hours to close early every day, likely because they want to limit their losses and they  understand when their risks are the highest, or the police response may be delayed by hours.

Can proprietary security officers do any better? With the proper training and supervision, they could likely have a positive impact, but I am not so sure that some businesses have the appetite for change. With the significant rise in crimes, I have had those discussions on numerous occasions with my clients. One of the things that I will often ask of them is, are they willing to take things to the next level? In some cases, they will reply that they want to change, in other cases I have had administrators tell me that they want to deal with the problem, but they do not want to make any changes in security.

Basically speaking, it comes down to helping them determine their risks tolerance, and their level of acceptable losses. The fact of the matter is that crimes are up across the boards, police response times are in some cases delayed by hours, if they respond at all, and with all that business leaders still do not understand their risks or vulnerabilities. So, what is the answer? I know for a fact that if you do not change your ways and adjust to the crime risks, then you cannot expect any meaningful changes will occur. Remember Albert Einstein was widely credited with saying, “The definition of insanity is doing the same thing over and over again, but expecting different results.”

There is no doubt that policing in America is undergoing a dramatic change. Let us keep in mind too that we have not seen the full impact of the changes taking place, but rest assured I do not think anyone will like wherever we end up.

With police officers resigning their positions in record numbers all across the country, and yet many others are retiring or taking an early retirement, coupled with the fact that finding new police applicants is extremely challenging right now, a storm is brewing on the horizon, and there will come a time that we will all feel the affects of this nationwide problem, if we are not already feeling it.

Take for example, in the northwest United States there are two large cities that are already in crisis with police staffing, and they are also dealing with nightly protests in their cities. I was present for a conversation with one high-ranking police commander who advised that there are times when a person that was shot had to wait 6 hours for a police officer to interview them. He also advised that staffing is down by 35-45%, they have a shortage of police vehicles because many have been destroyed in the protests/riots. He went on to say that most calls for service that do not involve a lie and death threat will not get an officer’s response. Are you ready for this in your community?

Make no mistake, many law enforcement agencies across the country are experiencing some, if not most, of these same issues. This is not just limited to the west coast, or the big cities. A couple of years ago in a city in Maryland I was told by a client’s security director that they had a drug deal that went bad in their parking lot, and there were guns being pointed amongst the suspects. He advised that they called the police and reported what was going on, however, when I asked what the police did in response, he advised that they never came to the scene. You read that right, the police department never sent an officer.

What used to be the average scenario was that when you called the police for an emergency they would respond within a reasonable amount of time. For example, in many cities there may have been a 3-5 minute response time. As such, I would recommend that you call your local law enforcement agency and ask what their average response time is a for an emergency, or for a non-emergency call such as your car got broke into, your home was burglarized but the suspects are long gone. They have that information, but they often do not advertise it.

Regardless of what their average response time is, that is only the average, and many factors may come into play that cause a significant delay. Therefore, you and your organization may be on your own for 5 minutes or more in the event of a serious security emergency, are you prepared for that? Have you planned for such a delayed response? If not, why not?

In closing, do not ignore the fact that the numbers and seriousness of criminal acts are on the rise, police are stretched thin and may not be able to get to your call for a delayed period of time. It is time to sit down and determine your risks, vulnerabilities, and mitigation strategies for each, and come up with a plan. 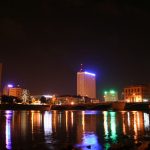 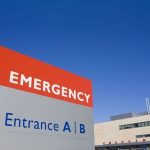