There has been a trend that is becoming more common across the United States where people go out and test the responses of police officers, security officers, and business owners. They call themselves 1st Amendment Auditors.

So just exactly what is a First Amendment Audit?  Simply put, there can be one or more people that will show up at your business and start filming. They film things such as your parking areas, property entrances and exits, and just about anything else that they can see from a public area. In most cases they will never set foot on your property (private property), with the exception of public facilities such as police stations, City Hall, Post Offices, and so on.

They will claim that they are conducting protected activity under the 1st Amendment, Freedom of the Press. Often when pressed for information, they will say they are getting video footage for a story that they are working on. They are not affiliated with any known news services (e.g. ABC, CBS, Fox, CNN….). They will use their cellphones or video cameras, and in addition they will often have Go Pro cameras on them as well. Everything, and I mean everything, is being recorded, both audio and video. No one is exempt from their visits, and there are numerous examples online of where they visit, including offices of the FBI, courts, City Halls, jails, hospitals, manufacturers, military bases and so on.

The auditors will claim that that are journalist working on a story, yet as far as we can tell they have never published an article anywhere, they only have posted hundreds of videos on their You Tube channels.

Some of the auditors are very professional, and yet others are instigators and are looking for a confrontation. It is my opinion that they are looking for people to confront them in many cases, including police officers or government officials.

In most cases, they will push their agenda to the point just before an arrest or a physical attack by the people they are videoing. When it comes to being arrested, they know exactly what they are doing and they will quote the laws, both section numbers and verbatim the text of the law. They have researched your business in advance, and they know if you have government contracts, and they know what your property lines are, and where they can be and still be in a public place.

Their MO (Modus Operandi), their habitual way of operating, often formulates a discernible pattern that they follow every time. There are many cases where they will be mute when you or your staff approach them. In some cases, they will act as if they are speaking some language from the Middle East, as if they are trying to come across as a terrorist of sorts. You certainly can watch their videos and form your own opinion, but their actions really appear to be such that they are trying to provoke people into confronting them or calling the police for assistance. The best thing you or your staff can do is to not let the “auditors” get under your skin.

Regardless of whether or not you think that the auditors will come a calling to your business or not, you should prepare your staff, including management, on how to handle such an incident.

First, understand your property lines. The auditors know where they are, and so should your staff. The most common issue that comes up in an audit is where can the public be as it relates to your property. For example, let’s say your business has a fence around the property. Many people get it wrong in assuming that their business owns the sidewalks and grass areas outside of the fence. While that may be the case, it is highly likely that those areas are often considered public access. Case-in-point, a sidewalk along the street is almost always a public right-of-way but it is the property owner’s responsibility to maintain those areas. If that walkway is a public access right-of-way, the auditors can probably be there.

When it comes to the auditors filming your business, if the business can be seen from an area open to the public, they can film it in most cases from public areas. Basically, if you do not want your business to be video recorded, you probably need to look at installing some type of screening material to block those views from the public’s view. It would also help to post areas that you do not want people to enter with No Trespassing signs. Some businesses have posted signs that state no video recording or photographs allowed, but again, if they can see those areas from a public area, they can video them. At this point if you are disagreeing with what I am saying, you need to conduct your due diligence and speak with your legal counsel. There are numerous court cases that will confirm what I am saying.

If you have security staff, it is important to provide them with as much security training as you can to prepare for the day you have visitors. The auditors seem to enjoy pushing the limits with security officers, but again they know where those limits are, and the average security officer does not.

In fact, the online videos will confirm that many police officers do not know what is allowed or not, and they will often threaten arrest, or they actually arrest the auditors. If an auditor believes that they are about to be arrested for anything, they will request that the officers get a supervisor to come to the scene. When that happens, in many cases the supervisor will diffuse the situation and stop the arrest. That is only those supervisors that have been trained on the issue.

I am not suggesting that the auditors are always right, because that is just not the case, but if your staff is not properly trained, they may in fact violate someone’s rights or commit a crime such as battery.

Some of the additional topics that you can train your staff on include, but are not limited to, the following:

The moral of the story is that in order to avoid being in the news where your staff physically attacks someone, unlawfully detains or arrests someone, or violates any laws or constitutional rights of an individual, train your staff about security. You and your staff have every right to be concerned that someone is videoing your business, staff, and customers coming and going, but unless the people doing the filming are violating the law, there is not much your staff may be able to do about it. 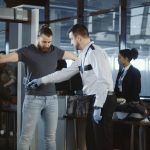 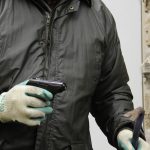